What language do they speak in Cameroon? Is a Cameroon native language among the country’s official tongues? How many languages are spoken in Cameroon altogether?

That’s right, this week we’re putting the languages of Cameroon under the spotlight. I’ll be answering all of the above and providing plenty more interesting Cameroon language facts along the way.

Shall we dive in?

Is There an Official Cameroon Language?

Let’s start with the basics.

What is the official language of Cameroon? There are actually two official languages: French and English. French is spoken by more Cameroonians than English is. I’ll talk more about the history and politics of that below. Suffice it to say for now that eight out of Cameroon’s ten regions are French-speaking, while just two are anglophone.

Why are the Cameroon official languages French and English? Due to colonisation. Between 1916 and 1960, the French and British ruled Cameroon as a colony divided between them, following a period of German colonial rule that stretched back to the 1880s (and during which time German was the official Cameroon language).

Despite fighting fiercely for independence – and gaining it from the French in 1960 and the British in 1961 – Cameroon still maintains French and English as its only official languages.

Putting the Languages of Cameroon Under the Microscope

Language in Cameroon is an interesting topic of study. The country is classed as having a distinctive cultural density on the UNESCO linguistic world map, due to the 260 languages spoken by its 25 million inhabitants.

As we’re seeing happen around the world, many of those indigenous languages are being lost. According to the country’s national institute of statistics, 4% of the languages of Cameroon have become extinct since 1950. Languages such as Ekung and Mbiame simply have no native speakers left, having been usurped over the years by other tongues. Many more are under threat (7% of Cameroon’s total languages) while others are neglected (10%).

I think it’s always interesting to look at the origins and interconnections of a country’s languages, and the language spoken in Cameroon is no exception. Cameroon is home to two Nilo-Saharan languages and four Ubangian tongues. The country’s other languages include 55 that are classed as Afro-Asiatic and 169 that fit within the Niger-Congo branch of the language family tree.

Read more: The Languages of Nigeria

A total of 55 Cameroon languages are classified as Afro-Asiatic. They include Hausa, Bana, Hya, Psikye, Wandala and many other native tongues.

I’m not planning to write in depth about history and politics, but they are bound together so tightly with the language of Cameroon that it’s impossible not to touch on them. I’ll write more about this below. First, let’s look at Cameroon’s imported tongues.

Likewise, Cameroonian English has its own distinctive accent and words borrowed from local tongues. English is spoken in the Northwest and Southwest provinces, which are located to the north-west of Cameroon, bordering Nigeria.

While German was Cameroon’s official language for many years under German colonial rule, it has since been largely subsumed by French, English and native mother tongues. That said, many Cameroonians still study German as a foreign language at school and there are believed to be around 300,000 German learners and speakers in Cameroon – one of the largest clusters of German speakers in Africa. You can read more about the languages spoken in Africa by clicking the link below.

Read more: African Languages: A Detailed Look into the Languages of Africa

As so often happens when imported languages meet indigenous tongues, pidgin languages have been born in Cameroon to aid communication. In the two anglophone provinces – Northwest and Southwest – many residents use Cameroonian Pidgin English as a lingua franca.

Estimates show that as many as 50% of Cameroonians speak this pidgin, while around 5% speak it as their native language (causing some linguists to define it as a creole rather than a pidgin – the link below explores the differences between the two, if you feel inclined to go down that road).

The Most Spoken Languages in Cameroon

Other than French and English, what language is spoken in Cameroon? Well, while I won’t go into details of all of the 260 or so native tongues, I’ll cover some of the most popular here.

There are over half a million Ewondo speakers in Cameroon, but there is some concern that the language is being subsumed by French. It is hoped that the inclusion of Ewondo as a candidate for the additional official language of Cameroon by 2030 will do much to promote and preserve its use.

Around 300,000 Cameroonians speak Bassa as their mother tongue. Also referred to as Basaa, Basa, Bissa and Mbene, it is a Bantu language that is native to Cameroon’s Centre and Littoral regions.

A Bantu family dialect cluster spoken by Cameroon’s Duala and Mungo peoples, Douala is split by some linguists into five further languages: Douala itself, Bodiman, Oli, Pongo and Mongo. Most speakers live in Douala, Cameroon’s most populous city and its economic capital.

The Douala language shot to fame in Europe in 2020, thanks to Wes Madiko’s song Alane. The joyous celebration of dance reached number one in at least 10 countries across Europe.

Considered the lingua franca of northern Cameroon, Fulfulde is a dialect continuum that spans 20 West and Central African countries. Also called Fula, Fulani and Fulah, it is a non-tonal language that is spoken as a second tongue by many Cameroonians.

The importance of Fulfulde as a Cameroon language was highlighted recently by Fabienne Freeland, director general of the Summer Institute of Linguistics, who pointed out:

“French and English has its limits on development in this country. When there was a cholera outbreak in the far north, it is only when the information started coming in Fufulde that people started changing behavior and the cholera was stopped.”

Bulu has around 860,000 native speakers in Cameroon, mainly in the South Province, with significant clusters at Ebolowa and Sangmélima. Speakers can also be found in the Centre and East regions.

Spoken in Chad, Ghana and Nigeria, as well as being one of the indigenous languages in Cameroon, Hausa is a Chadic language that is estimated to have between 100-150 million total speakers. Around 325,000 of them live in Cameroon.

Other Languages of Cameroon

The complete list of languages spoken in Cameroon includes 260 languages. Not all are documented and classified, but I’ve rounded up the majority of them in my attempts to cover the entire Cameroon language map. In addition to those already mentioned above, the languages of Cameroon include:

Why Is the Language Spoken in Cameroon Such a Contentious Issue?

In a nutshell, the division of Cameroon into francophone and anglophone regions has left scars on the country that remain to this day. The two colonial powers introduced not just different languages, but different systems of education and justice, as well as cultural differences. While Cameroon has been an independent nation for 50 years now, the divisions remain.

Some 83% of Cameroon is classed as French-speaking, while just 17% is English-speaking. English speakers accounted for 21% of the population at the time of Cameroon’s independence, but their number has been declining ever since. This is in stark contrast to the growth of English elsewhere in the world, which has led to it becoming the fastest-growing language on the planet (you can click the link below for further details).

It is only in recent years that the differences in Cameroon have become increasingly contentious and violent. Armed English-speaking separatists have been pushing to create an independent nation – Ambazonia – along the country’s north-western border with Nigeria. Thousands of Cameroonians have died in the conflict between the separatists and government forces and 500,000 or more have been displaced, with the lines becoming increasingly blurred as to which side is the more violent.

Language has become a key factor in the conflict, but moves are underway to try and heal the situation. A pilot programme is promoting the teaching of Ewondo, Bassa, Douala, Womala and Fufulde in 43 schools, while all schools have been instructed to promote the teaching of the national languages most spoken in their area.

According to Seraphine Ben Boli, who is in charge of the pilot language programme, the country will choose one Cameroon native language to become an official language (in addition to French and English) by 2030. The idea is to use the chosen Cameroon national language to unite people behind the concept of being Cameroonian, rather than feeling defined by their francophone or anglophone origins.

It follows relatively ineffective attempts for Cameroonians to become bilingual in both French and English. Despite the government’s establishment of bilingual schools, just 11.6% of Cameroonians speak both of the country’s official languages, while 28.8% are literate in neither. Part of the issue is that the ‘bilingual’ schools tend to separate their francophone and anglophone sections, rather than providing a truly bilingual education, but the use of native tongues also plays a significant role in dampening the government’s bilingual ambitions.

Read more: The Fastest Growing Languages in the World

I’ve looked in this article at some of the main languages of Cameroon, providing Cameroon language facts and insights from various angles. Feel free to share your own insights into the language spoken in Cameroon by leaving a comment below.

YOU MAY ALSO LIKE
Languages in Ethiopia: Ethiopia Language Facts, Figures and More 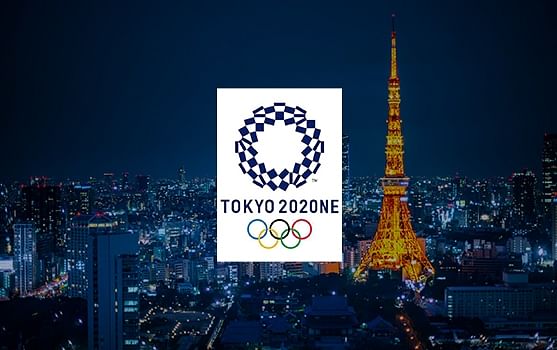 Interpretation In This Year's Summer Olympics In Tokyo, Japan