Interpretation In This Year’s Summer Olympics In Tokyo, Japan 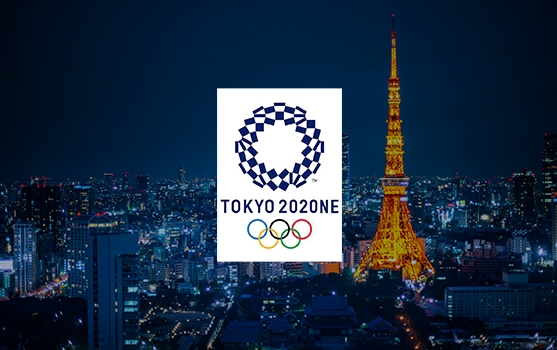 There will be no spectators allowed in the Olympic games due to Tokyo’s fourth state of emergency, declared on July 12. These summer games had been postponed for a year due to COVID-19 still rocking the nation, with 884,000 cases and 15,006 deaths.

But what no one is asking is the language side of this international event. Most international visitors would not be allowed to come to Japan for the Olympics, which means empty stadiums.

Yet, interpreters are still sorely needed to conduct the video replay of the events, as well as assist in the inter-team communication in the various events. Interpretation provides much-needed information to those without access due to language barriers.

The nature of interpretation is that it’s a highly technical skill within the language industry. Interpretation services allow businesses to communicate with a variety of global audiences through interpretation.

The History of Interpretation in the Japan Olympics

The last and only other time Japan hosted the Tokyo Olympics was in 1964, and it was the first time that interpreting in Japan gained real national significance. According to the International Institute for Asian Studies, interpreting in Japan in 1964 “captured the interest of public and media alike as a glamorous, exotic profession practiced worldwide by multilingual individuals.”

Pair the outstanding human multilingual capabilities with technological innovations since 1964, and you have a winning combination of interpretations today. Technological developments in the language services industry have led to terminology consistency, better quality, and higher productivity.

Interpretation has come a long way since it was first introduced in the 1964 Tokyo Olympics games. We’ll learn more about interpretation in the following section.

Interpretation helps to pave the way for communication in a globalized world. While one person is speaking in one language, it can be easily understood by an audience through the act of the interpreter. Thus, services that provide interpretation can conduct the growth of businesses through the use of interpreters for their events, video content, webinars, conferences, and more.

Interpretation in the Tokyo 2020+1 Olympics

The Tokyo 2020+1 Olympics or the Tokyo 2020ne Olympics, as they’re calling it, will be underway in a few days. The official languages of the Olympics this year, according to the charter, are Japanese, and English, and French.

Much of the interpretation services are for athletes after they’ve won medals, but interpreters also handle the work briefings for committees such as the International Olympic Committee and the Court of Arbitration for Sport, covering topics and disputes over rule-breaking actions. Interpretation is highly important for these types of events covering rules and regulations, for one poor interpretation can have huge consequences.

Interpretations are also needed for the broadcasts of the events in various new sources worldwide. The International Olympic Committee is calling the broadcast of the Tokyo 2020+1 games unprecedented due to the combination of traditional broadcast and digital broadcasting.

The International Olympic Committee said that “The full live coverage will, for the first time in Olympic history, be in Ultra High Definition (4K) HDR with Immersive Audio (5.1.4). Audiences around the world will be introduced to never-seen-before camera angles, 360-degree replays, multi-camera live Virtual Reality (VR) coverage, and more analytical data processed by Artificial Intelligence (AI) than at any previous Olympic Games.”

In the USA and Europe, TV programs and digital avenues will air from about 4,000-7,000 hours of coverage in total. These programs will definitely need the help of interpreters during the events and closed captions as well when it airs.

This year’s Olympics is a global event, but it’s also a big event for the language industry. As interpreters ready themselves for their roles in the big games, it falls on their shoulders to communicate the ongoings of the games truthfully and wholly in various different languages.

The world is watching the Olympic games. But most importantly, the world can also understand what’s happening, due to the importance of the Tokyo Olympics 2020+1 games.