And the most linguistically diverse place on the planet is… Africa! 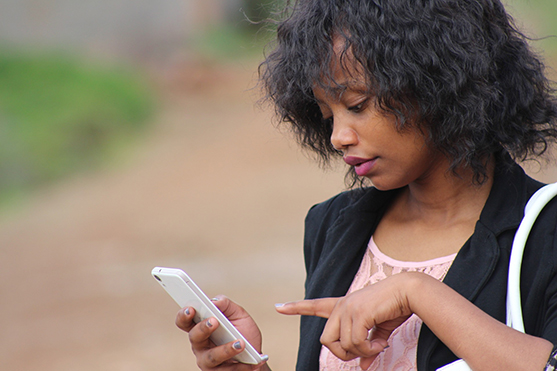 Africa is a country of rich geographic diversity. Desert, lakes, rain forest, coastal areas – Africa has all this and more. It is the oldest inhabited continent on Earth, earning it the nickname of the ‘Mother Continent.’

Africa is also a fascinating place from a linguistic perspective. The continent has more than 2,000 distinct languages, equating to a third of all languages in global terms. Europe, by comparison, has just 300 languages. Based on the Ethnologue index of linguistic diversity, 20 of the top 25 most linguistically diverse countries are in Africa.

Why is Africa so linguistically diverse?

Humans have populated Africa for more than 5 million years. One of the reasons for the continent’s rich linguistic diversity is simply down to time – people in Africa have had more time to develop languages than peoples elsewhere in the world.

But the development of Africa’s languages is also due to cultural and political factors. According to evolutionary linguist Salikoko Mufwene from the University of Chicago, while European nations focused on assimilation and thus forced less widely spoken languages into extinction as they expanded their empires, in Africa languages were allowed to flourish. Mufwene comments,

“Traditional African kingdoms were not as assimilationist as the European empires…say the kings relied on interpreters to translate to them what was coming from territories that they ruled but where people spoke different languages, there is no particular reason why we should be surprised that there are so many languages spoken in Africa.”

A study conducted by Shigeki Kaji of Kyoto University in 2013, centred on inhabitants of the Ugandan town of Hoima, found that the average inhabitant knows 4.34 languages. Interestingly, Uganda has no lingua franca, i.e. no common language used by speakers with different native languages. The average Ugandan therefore has to employ multiple languages during the course of daily life, depending on where he is and to whom he is speaking.

Such multilingualism is impressive, particularly when one considers that we are not talking about language scholars, but about average citizens just going about their business and flicking effortlessly between four or more languages.

Language in all its forms

As well as spoken languages, Africa also has a wide range of sign languages. Many of these are specific to a particular region, in just the same way that spoken languages are. The continent as a whole is incredibly important in linguistic terms, offering some of the most exciting opportunities to study language development of any place on Earth.

How many African languages do you speak? How easy do you find it to switch from on language to another? Share your thoughts via the comments.