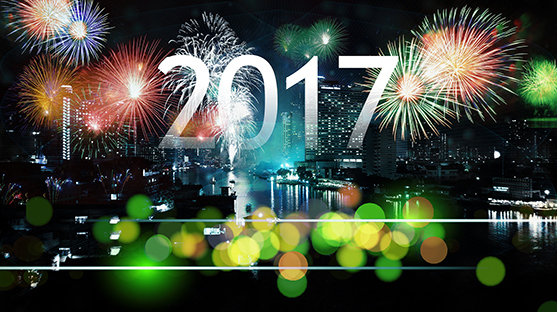 It’s that time of year when we take stock of everything that has happened over the past 12 months and turn our attention to the year ahead. So, what’s in store for the translation industry? We take a look at some 2017 translation and localization trends in order to let you know what’s around the corner.

Video content is booming. According to Statistic Brain, 300 hours of video are uploaded to YouTube every single minute. The staggering figure is matched by equally impressive viewing numbers: 4.95 billion videos are viewed on YouTube every day, by 1.325 billion users.

70% of YouTube visitors come from outside the US, many of them from non-English-speaking countries. This highlights the huge demand for video translation and localization, which will be a key trend for 2017 and set to rival the translation of text content.

App translation will also be hugely important in 2017. As at June 2016 (based on figures compiled by Statista), more than 5.7 million apps were available for download from the five main app stores. App developers are increasingly seeking to cover their costs and boost their profits by making their apps available in multiple languages. This has been a growth area for the translation sector in 2016 and will continue to be in high demand in 2017.

With a growing trend for nationalist politics across the world, it’s likely that the numbers of those learning other languages could drop in 2017. The decreasing uptake of language courses may not have an immediate impact, but could well be the start of a longer-term trend that sees individuals turning away from language learning as countries become more insular.

Nationalist politics play a strong role in both Hungary and Italy, for example, and it is no coincidence that these are the two most monolingual countries in Europe. The EU’s report on Europeans and their Languages found that 65% of Hungarians are monolingual, closely followed by 62% of Italians. The UK, which has set itself on a course to part ways from the EU after the ‘Brexit’ referendum earlier this year, comes third, at 61% (a position it shares with Portugal).

Of course, an increase in monolingual individuals means more need for translation services, so it will be interesting to see how global politics impacts on the translation industry in 2017 and beyond.

On a happier note, literary translation is also set to increase in 2017, continuing the public hunger for literary fiction from overseas in 2016. Contemporary authors such as Haruki Murakami and Elena Ferrante have played a big role in the rise in literary fiction translation thus far and 2017 should see even more demand for the translation of the works of these authors and their contemporaries.

2017 will also see the big tech and social media players (Microsoft, Facebook and so forth) continue their attempts to perfect machine translation. However, it’s unlikely that machines will be able to rival human translators in the coming year, despite Google Translate’s invention of its own language within its neural network.

Machine translation remains a trend to watch carefully, but those with anything more than a sentence or two to translate will still be seeking the skills of professional human translators in 2017.

What other 2017 translation and localization trends do you think will emerge? Leave a comment to let us know.