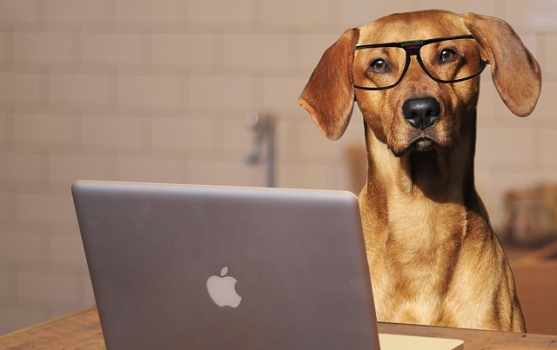 ** This article is updated regularly. It was last updated in December 2020 **

When we set out in 2015 to track down the most translated website in the world, the Tomedes team wasn't sure what we were going to discover. And when we wrote our original article, we certainly didn't anticipate how quickly the site in question would continue to add to its number of translations!

More than four years later, we're still checking regularly for progress updates with the world's most translated website. Read on to discover more!

Have you ever wondered which website is the most translated in the world? Perhaps the web domains of a wealthy company such as Apple? A ubiquitous search engine like Google? Or how about widely read information sources such as Wikipedia?

Whilst these are all good guesses, they are not the most translated website in the world. In fact, they're not even close! Read on and the result may surprise you...

Believe it or not, the official website for the Jehovah's Witnesses is actually the most translated website in the world.

At present, the website has been translated into a staggering 731 different languages (in 2019, more than 980 languages – see below!), and there are even dedicated translations for people who use different languages' variations of sign language, making it accessible for deaf and hard of hearing people too.

To put that into perspective, Apple's website is translated into 126 different languages, Google's search page is available in 149 languages, and Wikipedia has content available to read in 290 different languages. By comparison, the Jehovah's Witnesses home page dwarfs all three of these websites' localizations combined!

Additionally, the Jehovah's Witnesses' physical publications are translated into even more languages and distributed globally -- a staggering feat of coordinated translation.

It's strange to think that the website of this relatively small religious group has such a wide-reaching localization, but after doing some research into this group's belief system, the breadth and depth of their translation efforts do indeed make sense if you understand their worldview

Depending on your perspective, you may view this initiative as either an example of mass proselytizing via the use of carefully worded propaganda, or a commendable facilitation of a religion's belief system that makes extensive efforts to include all believers, no matter their native tongue or background.

But regardless of your perspective on the matter, the work that goes into producing a consistent translation on this sort of scale is indeed mind-boggling!

Did the fact that the Jehovah's Witnesses website is the most translated in the entire world surprise you?

If so, what did you think the most translated website was? And does the fact the this particular website holds the title of most translated in the world seem more reasonable once you understand the importance they place on reading their publications?

Let us know what you think in the comments below.

Has JW.org Been Knocked off the ‘Most Translated Website’ Top Spot?

We wanted to provide a quick update on the world’s most translated website, based on new information about the number of languages available.

The Jehovah’s Witnesses continue to progress their aim to reach “every nation and tribe and tongue and people” by making their literature available in as many languages as possible – even languages with just a few thousand native speakers.

Literature from the Jehovah’s Witnesses can now be read in more than 750 languages. Content can also be viewed in nearly 70 sign languages, ensuring that the JW.org website is incredibly accessible to those with little or no hearing. The Bible itself is available in around 50 languages, while Bible-based content is available in over 500 languages.

Is JW.org Still the Most Translated Website in the World?

Plenty has changed since we last updated this article on the most translated website in the world. Global politics and economic circumstances are still changing frequently and with dramatic effect, while the climate change movement continues apace.

In the world of translation, meanwhile, some of the biggest tech companies on the planet are still battling to crack machine translation in a way that is truly meaningful from a usability standpoint.

So, where does JW.org stand amid all this change? Has it retained its title as the world’s most translated website? In short, yes! JW.org has still been translated more times than any other site. It is now available in over 980 languages!

Now only that, but JW.org is also home to a vast hoard of video translations. The site’s Why Study the Bible? video, for example, is available to watch in more than 450 languages. This means that those using the site have an incredible wealth of multilingual resources at their disposal, whether they prefer to read, watch or listen to them.

This last point is particularly interesting. According to popular wisdom, the way we learn tends to fall into one of seven (or eight, depending on which theory you adhere to) learning styles. As such, presenting information in a way that means viewers have several ways to absorb it means that that information is much more likely to be absorbed by the intended audience. Not only that, but JW.org is also available in more than 90 sign languages, further enhancing the site’s accessibility. What better way to spread the word?

How Does JW.org Compare to Other Website Translation Efforts?

To put the JW.org translation effort into context once more, we looked at some of the world’s most used and most well-known websites in order to undertake a comparison, just as we did when we originally researched this article way back in the summer of 2015. Our results show that you can search Google in 149 languages and watch Netflix in 26 (the latter apparently aims to be producing 100 non-English language series by the end of 2019). Wikipedia, meanwhile, has an impressive 301 language editions.

Whichever way you look at it, JW.org continues to be the world’s most translated website. The fact that it has far surpassed tech giants and entertainment behemoths is singularly impressive and a testament to the hard work and dedication of so many of those who follow the religion.

A New Milestone for the World's Most Translated Website!

It's only been two months since our last update of this article. However, we wanted to share some exciting news - the JW.org website now has content available in a staggering 1,000 languages, including 100 sign languages! That includes video and audio content as well as written articles.

As part of the announcement, the Jehovah's Witnesses' Governing Body highlighted the pace at which translation efforts have picked up in recent years. According to Brother Geoffrey Jackson,

"It took us a little over a hundred years to reach 508 languages in January 2013. But it’s remarkable that in just under seven years we have nearly doubled our translation production - from 508 languages to 1,000."

It's now possible to navigate the site's homepage in some 821 languages. What's particularly fascinating is that some of the languages that can be read on JW.org have no other publications at all available in them on the internet.

Translation work on this scale is unprecedented. Jehovah's Witnesses have had to create font sets and artwork for languages for which there were no characters available, as well as find ways to accommodate languages that are written from right to left as well as left to right. Such commitment to translation is truly impressive!

We’ll be keeping a close watch on JW.org over the coming months and years – as well as other well-known websites around the world – to see if it can retain its position as the most translated website on the planet.

Until our next update, please keep commenting and adding updates of your own below, as we value each and every one of your contributions!