Why You Need to Localize to Win Over the Indian Market

Is your company looking to do business in India? Expanding into any geographic region requires careful market testing and preparation. A detailed understanding of the local customer base and the adaptation of materials to suit them can mean the difference between success and failure.

In this article, we’ll walk you through some key considerations for selling goods and services in India, from the languages you’ll need, to culture, traditions and customs that you should be aware of – and how these relate to our translation and localization services, of course. Not familiar with the concept of localization? Simply click the link below to fine out more.

Are you ready to start making money in India? Then let’s pe in.

Read more: What Are Localization, Internationalization and Globalization?

What Languages Do They Speak in India?

Would you like access to a massive new customer base? India is the second most populous country in the world, creating huge opportunities for companies looking to harness the country’s potential.

India is a linguistically perse nation that is home to languages from six different South Asian language families, as well as a huge number of minor languages and isolates. The 2001 Census of India recorded the use of a staggering 122 major languages and 1,599 other languages (to understand the differences between a language and a dialect, click the ‘read more’ link at the end of this section). In fact, only one country (Papua New Guinea) is home to more languages than the number spoken in India.

Can you name India’s official language? Did Hindi spring to mind straight away? Actually, India’s constitution doesn’t name a national language, but rather 22 ‘scheduled’ languages, which have official status and whose use is encouraged. These 22 languages are:

Of these, the most widely spoken is Hindi. World Atlas reports that some 551 million Indians speak Hindi, making it the world’s fourth most spoken language (after Mandarin, Spanish and English).

Despite not being one of India’s schedule languages, English comes next in terms of speaker numbers with 125 million speakers, having been taught in Indian schools since the 1800s.

How extensive is your knowledge of Indian culture, customs and traditions? Engaging with customers and potential customers in any country means connecting with them in a meaningful way. But trust doesn’t come automatically – it needs to be built up. Localization is one way to do this.

What is localization? It is the adaptation of copy to meet the cultural expectations of a particular audience. When it comes to localizing content for the Indian market, there is much to learn.

First of all, the idea of there being a single Indian culture is rather misleading. India is the world’s seventh largest country by area.  It is home to different religions, languages, foods, customs and much, much more. From architecture to music and dance, there are plenty of cultural differences to be found as you move across this vast country.

In fact, the ‘Indian’ culture is actually made up of the distinctive cultures of thousands of different communities. Let’s look at a few of the elements that contribute to this.

Want to know more about this article but hate reading? We got your back. You can watch this video instead!

The concept of dharma and karma is fundamental to the Indian religions of Hinduism, Jainism, Buddhism and Sikhism. Also important is ahimsa – a philosophy of compassion and non-violence.

In terms of adherents, Hinduism tops the list by far, being practiced by 79.8% of Indians. The country’s second most followed religion is Islam, which is practiced by 14.2% of the population, then Christianity (2.3%), Sikhism (1.7%) and Buddhism (0.7%).

Those looking to court Indian customers need to bear in mind the values of these religions as part of doing business in the country.

Indian society is very family oriented. For centuries, Indian social structures have seen several generations of family and extended family all living together. However, this joint family system has rapidly given way to more nuclear families in recent years.

Attitudes to women in India have shifted significantly in recent years too and continue to do so. This can be a sensitive area (just as religion can), so marketers need to ensure that their messaging is suited perfectly to particular local attitudes.

Little demonstrates the cultural complexities of doing business in India as easily as cows. Cows are a topic of intense discussion in India. Many Hindus revere cows as symbols of ahimsa and refuse to eat them on religious grounds, with some states passing laws to protect them. Other Hindus will happily eat beef and many states have no restrictions on butchering and consuming cattle. Then there are those who believe that what to eat should be down to personal choice.

That a single animal can cause so much debate and intense opinion demonstrates the value of localization services when connecting with the Indian market.

India is known around the world for its inventive and richly spiced cuisine. Culinary traditions date back centuries, with careful attention paid to texture as well as taste. If you’re planning on launching a business in India and will be meeting with potential partners or distributors there, be sure to brush up on your knowledge of culinary customs before you go.

Did you know, for example, that while sharing food is traditional, offering someone food from your plate is offensive? Or that you should eat only with your right hand, never your left? This kind of localized knowledge will stand you in good stead for holding business meetings with Indian partners.

Preserving the country’s unique heritage is a task that the Indian government takes very seriously. India is home to 38 World Heritage Sites – the sixth largest number of sites in a single country. Some 30 of these are cultural sites, with stunning architecture and monuments drawing in visitors from around the world.

The preservation of Indian heritage also focuses on art, literature, the performing arts and much more. This rich cultural offering is being preserved for posterity as well as being promoted to international audiences.

Indian heritage is a vast topic and the Ministry of Culture is keen that all efforts should be made to keep that heritage alive. National Academies are dotted across India in order to support this effort, with workshops for painting, print-making, sculpture and ceramics.

Understanding the Economy of India

Over the years, providing translation services to companies doing business in India has given Tomedes plenty of reason to keep an eye on the country’s economy. Global economists have also been watching it closely, as India is the world’s fifth largest economy and the fastest-growing trillion-dollar economy on the planet. When ranked by purchasing power parity, India ranks third globally.

From agrarian origins, India’s economy has grown to incorporate strong manufacturing and services sectors. These have created a host of business opportunities, with many companies suddenly waking up to the potential that India offers – and relying on translation and localization services to enable them to harness that potential. According to Investopedia, it is India’s “limited dependence on exports, high saving rates, favourable demographics, and a rising middle class” that lend its economy such strength. The government’s ‘Make in India’ campaign, meanwhile, has done much to encourage business and investment since its launch in 2014.

Effects of Globalisation in India

Over the course of the past 20-30 years, globalisation has had a huge impact around the world. India has certainly felt its benefits. Foreign investment in its retail, scientific, corporate and services sectors has had a major impact on the country’s economy.

Globalisation meant many things for India. Employment surged and wages rose. This led to better purchasing power and an enhanced standard of living. Globalisation also created a hotbed of unsafe working conditions and unsavoury employment practices, which organisations and campaigns such as the Ethical Trading Initiative continue to tackle to this day.

Breaking into the Indian Consumer Market

India’s consumer market is, quite simply, massive. The India Brand Equity Foundation reports that per capita GDP is expected to rise from US$1,983 in 2012 to US$3,273.85 in 2023. This increased personal wealth is driving demand for a huge range of goods and services across India.

When it comes to entering the Indian market, the Harvard Business Review recommends using ecommerce to tap into the explosive growth of its online channel.

Local sourcing and selling are key to this, and this is where translation and localization are absolutely key. Interpretation services can also provide extensive benefits.

The right approach to breaking into the vast Indian consumer market (the country has a population of 1.339 billion) is one that respects the local culture, traditions and languages. As we’ve demonstrated above, this is no easy feat. However, marketing departments need to get this right if they want to successfully woo Indian consumers.

Language is one element of this. Companies looking to crack the Indian market need to map which languages are spoken in which states and adapt their website, marketing materials and products accordingly.

Then there is the localization factor. Businesses need local input in order to shape their offering to meet local cultural expectations and norms. It’s certainly possible to sell goods and services in India without doing this, but it’s possible to sell them far more successfully by engaging an expert localization company that can connect the seller with consumes in each area.

There’s also the supply chain side of the equation. The Harvard Buiness Review’s advice is to make creative use of India’s supply chain. Strong networks are already in place for the sourcing and delivery of all manner of materials, while the country’s strong manufacturing sector provides the perfect place for ‘making in India.’ Businesses that can access good local advice and forge the right connections thus have the potential to produce their goods at a lower cost than they would be able to elsewhere.

India is a fascinating and culturally rich country with a proud history. It is also a dynamic global economic power. Tapping into India’s potential isn’t always easy and even major international brands (Sara Lee, Henkel, Mary Kay) have come unstuck trying to break into its market. However, with the right translation and localization services on board, along with some dependable interpreters, it is possible to unlock India’s true potential.

Is your business willing to try? 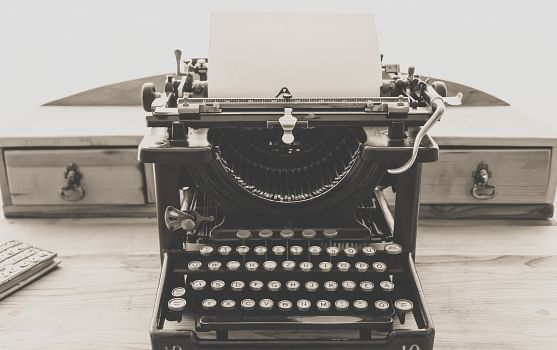