The Languages That Every Translator Should Be Thinking About

For most of us who work in the professional translation sector, a love of languages is at the very heart of what we do and why we do it. After all, could you really translate day in and day out for years on end if you didn’t have a genuine passion for the languages that you work with?

Some of us are raised to speak two or more languages while others learn through a combination of schooling and life experiences. Whatever the circumstances behind your own linguistic abilities, there are always plenty more opportunities to learn, whether that be picking up new slang in the languages that you speak or studying a tongue that’s entirely new to you.

How often do you find yourself learning something new about a language? Weekly? Daily? Hourly?!

If you’re looking to indulge your love of languages, then read on. We’ve rounded up all of the languages that warrant a place on your radar right now, from some of the most in-demand for translation services to some of the most endangered on the planet.

Which of these will pique your curiosity enough to find out more about it?

The Business World’s Most Sought-after Languages

When it comes to translation pairings that are in demand, English to Chinese is right up there. Mandarin has around 955 million native speakers, while around 360 million people speak English as their first language (and some 1.5 billion speak it either natively or as a second language).

China and the US are the world’s two largest economic powerhouses. Statistics Times reports that the United States is the world’s biggest economy, with a nominal GDP of $21,482.41 billion in 2019, while China’s nominal GDP stands at $14,172.20 billion.

You can click here for further details on where countries rank in terms of their GDP. The data makes for interesting reading for those considering which languages are the most required when it comes to business translation.

Have you considered the value of learning Japanese, for example? Japan ranks third globally in terms of its nominal GDP, which stands at $5,220.57 billion for 2019. As such, English-Japanese and Chinese-Japanese are both important language pairings for business purposes.

On that subject, are you aware of the increasing number of non-Chinese young people who are learning Mandarin? In the UK, for example, the number of young people taking Chinese at A Level surpassed those taking German for the first time last year, making Chinese the country’s third most studied language.

One potential impact of this increase in non-native Chinese speakers is that many will also find it possible to pick up written Japanese, due to the similarities between the languages’ writing systems. Great news for those looking to translate some of the world’s most sought-after business languages!

Another key language for those looking to make the most of global business trends is Spanish. Spoken by some 6% of the world’s population, with speakers particularly concentrated in Central and South America (as well as in Spain!), Spanish is one of the languages that our clients most often request here at Tomedes, with business purposes topping the list of reasons behind those requests.

More than 250,000 translation professionals use SDL Trados Studio to pick up the pace of their projects. Are you one of them or are you yet to try it out for yourself?

Some people prefer visuals over text. Here’s a convenient video for those visual learners out there.

Which Languages Are the Most Profitable to Translate?

Is your love of languages matched by a love of their earning potential? We all need to eat and most of us need to work in order to be able to afford to do so. As such, if you’re considering learning another language, doesn’t it make sense to pick one that comes with strong potential for financial gain?

Interestingly, some of the priciest languages to translate are those from the Nordic countries. Their high cost of living means that those born and bred there need to charge a hefty fee for their translation services. As such, Norwegian, Swedish, Icelandic and Finnish translators are some of the most well-paid in the industry.

If, therefore, you speak one of these languages but live in another country – one with a lower cost of living – you have the potential to be in an excellent financial position! And countries with lower costs of living aren’t hard to find, given that Iceland and Norway are respectively the world’s third and fourth most expensive countries in which to live.

Of course, how much you’re able to charge for your translation work doesn’t depend solely on the languages that you speak. Do you offer medical or legal translation services to your clients? Video transcription and translation? Desktop publishing and typesetting? All of these can help to set you apart from those offering a more general translation service and with each specialisation comes the potential to charge higher rates.

Wanderlust reports that more than 200 languages have become extinct over the past three generations. Does learning a dying language and helping to preserve it appeal to you? If so, here’s a quick run-down of some of the world’s most endangered tongues.

The Peruvian Resígaro language has just one speaker left. Pablo Andrade is working on revising a Resígaro dictionary and grammar book that American missionaries compiled back in the 1950s. Are you up to the challenge of learning to understand this language before it passes from living memory completely?

Over in Papua New Guinea, the Dunser language has just three speakers left. Oxford University linguists have taken an interest in preserving Dunser, which is now only used for special occasions such as wedding ceremonies.

Along the Estonian/Russian border, the Vod language is spoken by the Votish people. Also referred to as Votish, Votic, Vote and Votian, Vod’s speaker numbers have declined rapidly over the past decade, with just eight speakers now remaining.

The native American Pawnee language is also in grave danger. Recent attempts to increase speaker numbers using lessons and textbooks have had little impact on the language’s chances, with fewer than 10 members of the 3,000-strong Pawnee nation able to speak it fluently.

Across the globe, Japan’s Ainu language is also in trouble, with fewer than 15 speakers remaining, all of whom are of retirement age. If you’re looking for a challenge, why not make this it?

Which Is the World’s Hardest Language to Learn?

If you really want a challenge, why not set yourself a goal of learning one of the world’s hardest languages?

A language’s difficulty is, of course, hugely subjective, as so much depends upon the would-be speaker’s starting point. For English speakers, learning to speak and write Mandarin can be a seriously complicated undertaking. Having to remember thousands of characters that bear no resemblance to the Latin alphabet, as well as the tonal nature of the language, means that learning Mandarin is not for the faint of heart!

Or why not try your hand at Arabic? There are dozens of regional varieties and the writing runs from right to left, which can take some getting used to for English speakers.

If you want to stick with the Latin alphabet, Polish is a challenging language to get stuck into. The prevalence of consonants makes pronunciation difficult for native English speakers, while Polish’s seven cases make for plenty of learning.

Which Language Will You Learn Next?

There are plenty of reasons to take an interest in languages other than those you already translate. Whether you’re doing so for financial gain, to help preserve an endangered language or simply for academic pleasure, learning another language can be an incredibly satisfying experience.

So, which language will you learn next? Leave a comment below to let us know! 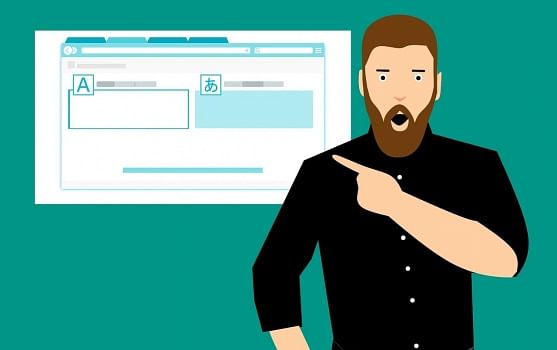