What Language Is Spoken in Iceland? 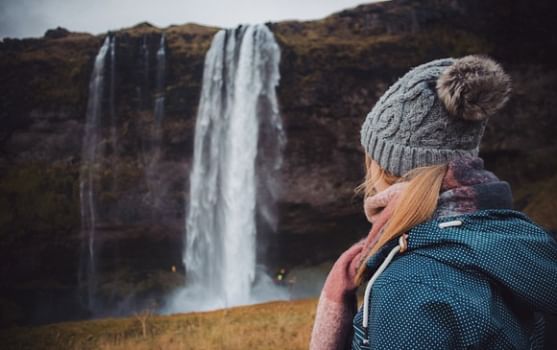 I’ve been looking forward to writing about what language Iceland uses for quite some time. Iceland has a superb literary heritage and a fascinating insular language that has remained largely unaltered for centuries – to the point that 12th century texts can be understood by Icelandic children in school today.

That’s not to say that Icelandic is easy for the rest of us to learn. According to the Foreign Services Institute (FSI), it takes around 1,100 hours of studying to achieve proficiency in Icelandic. This means it ranks as a Category IV language with the FSI, making it the hardest of the Germanic languages for English speakers to learn. (You can click the link below to discover more of the trickiest languages to learn.)

What language do they speak in Iceland? The language spoken in Iceland is Icelandic. It has been spoken there since the first permanent settlers arrived in the late 800s. Those settlers are believed to have been Ingólfr Arnarson and Hallveig Fróðadóttir, a Norwegian chief and his wife (though some historians assert that the first settler was Náttfari, a crewman of Swedish sailor Garðar Svavarsson, along with a slave and bond woman who escaped with him).

For several centuries after the first settlers arrived, the language in Iceland and that used in Norway remained very similar. However, during the 14th century, Norwegian began to absorb influences from the Swedish and Danish languages. While that language changed (you can click the link below to find out more about the languages of Norway), the Icelandic language did not. Indeed, Icelandic remains astonishingly similar to this day.

Icelandic is descended from Old Norse. Along with Faroese, Norwegian, Swedish, Danish, German and English, it is a Germanic language. The written form of Icelandic is very similar to Faroese, though significant pronunciation differences mean that the two languages are not mutually intelligible in their spoken form.

Read more: The Languages of Norway | From Norwegian and Sami to Rodi and Kven

One quirk of the language in Iceland is that it doesn’t really present the regional variations that you find present in so many other languages. Yes, you might hear the language in Reykjavik spoken with softer consonants, but that’s about as dramatic as the differences in Icelandic pronunciation get – subtle regional variations rather than any kind of distinct dialects.

Iceland's language is spoken by roughly 97% of the country’s population. That equates to around 300,000 domestic speakers.

I mentioned purism in relation to the language of Iceland above and I want to explore that in a bit more detail here.

Isolated island languages have the chance to develop with fewer outside influences than those that are in regular contact with other languages. This has certainly been the case in Iceland, but the language there has also been subject to a concerted, proactive effort to maintain its purity.

The language purism movement in Iceland arose in the 18th century. Iceland had been under Danish rule since 1380 (though technically a Norwegian possession until 1814) and the linguistic influence of this was beginning to be of concern to those looking to keep Icelandic true to its roots.

Today, the purism movement’s influence can be seen most clearly in the treatment of loanwords. The Iceland language policy is to discourage the adoption of foreign loanwords and instead to create equivalent Icelandic words. These new words draw on Old Icelandic and Old Norse roots. It covers not just newly coined terms but also older loanwords of Danish and English origin.

Other Languages Spoken in Iceland

While the Iceland official language is Icelandic, it is not the only language spoken there. As such, I just want to take a quick look at some of the other languages spoken in Iceland.

Many Icelanders speak Danish, as a result of learning it in school, and the county is also home to around 1,000 native Danish speakers. As such, Danish can be considered a minority language in Iceland – as it was previously under Danish rule.

Wander the streets of Reykjavik and you’ll hear tourists speaking plenty of foreign languages, as well as people speaking Icelandic. A number of these foreign tongues are also spoken by immigrant communities in Iceland.

Proficiency in Other Languages

Iceland is a largely multilingual country. Most Icelanders speak English fluently as a result of having to study it in school. Many also speak a Scandinavian language competently, for the same reason. With many secondary-language study programmes also including English and/or one of the Scandinavian languages, Icelanders’ knowledge of both languages is excellent.

Icelandic children can also study a number of other languages in school, including German, French and Spanish.

This concludes my quick tour. We’ve looked at what language Iceland is home to in official terms, as well as the other languages spoken there. I’ll leave you with one final fact – the word ‘please’ doesn’t really exist in the Icelandic language. 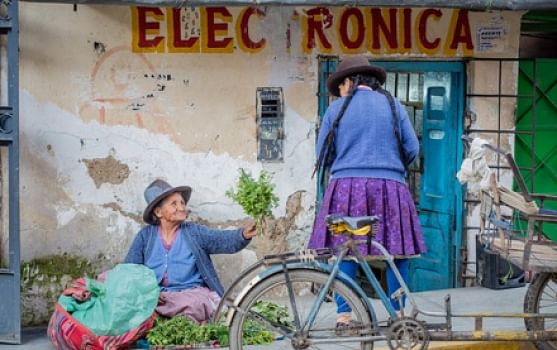