Cultural Connections Across Figures of Speech 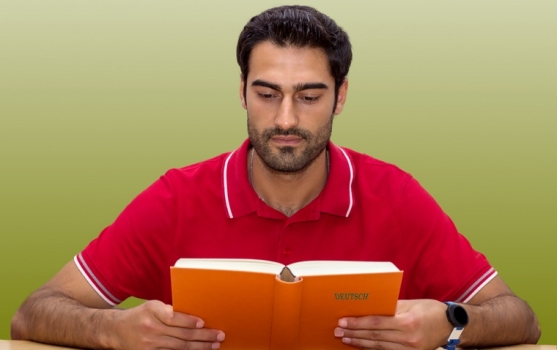 “Figures of speech” are common ways people express themselves. They add color to language and allow us to express concepts in creative ways.

A figure of speech means language that shouldn’t be taken literally, word for word. Figures of speech include euphemism (e.g. “collateral damage”), hyperbole (e.g., “been there a thousand times”), metaphor (e.g. “top of the heap”), to oxymorons. (e.g. “jumbo shrimp”), and simile (e.g. “hungry as a horse”). They’ve been with us for hundreds, if not thousands of years. You can read more about the origins of language by clicking the link below.

While literal terms may be more explicit and direct, they may be less amusing or evocative. Saying quiet as a mouse is more fun than saying extremely silent.
As a translator, knowing connections between figures of speech can give you an edge. This knowledge broadens your understanding of various ways of thinking and perceiving the world. This in turn helps you choose more appropriate, intriguing, and expressive words.

In today’s post, we’ll look at some common figures of speech in English, German, French, Portuguese (Brazilian), Japanese, Italian, Spanish, Russian, and Chinese. Even though they’re in different languages, they express human experience across cultures. These examples show that we’re all human, we think alike, and we express similar thinking based on cultural schemata. These differences may come out when translators help the intended meaning of authors cross linguistic borders.
Though the wording doesn’t always match exactly, the concepts expressed can be quite similar when expressed figuratively. When you look at the word choices, you can see how cultures use figurative language to express themselves.

Read more: What Are the World's Oldest Languages?

There are abundant similarities in figurative language among world languages. For example, in English, we say, cream of the crop; but cream doesn’t come from crops. The expression probably originated from the French, la crème de la crème, meaning cream of the cream, the best of the best,  or the “best of the batch.” Both expressions convey the same concept in similar, though slightly different, words.
Each of our examples show from two to four languages. We’ve listed them according to the figurative messages they express.

1. A Precise Observation or Exact Answer

English and German languages both use the same metaphor to express precision, comparing the giving of an accurate answer to good carpentry.

English: A drop in the bucket
Chinese: 九牛一毛 (literally. nine cattle and one hair).

The Chinese pictured this concept in terms of livestock, while English speakers saw it in terms of liquid. Similar ideas with different points of view.

3. If It Describes You, Accept It

English: If the shoe fits, wear it.
Portuguese: A carapuça serviu (lit. the hat fits).

The differences here are likely related to two historical renderings of the expression. An earlier version used a hat, while a later version used shoes. One was adopted by Brazilian Portuguese speakers, the other by English speakers.

Interestingly, both versions were circulating around the same time period. One culture went with the top of the body (head and hat), the other chose the bottom (feet and shoes).

4. It’s Not Going to Happen—Impossible

Both expressions are nonsensical, expressing absurdities or impossibilities. The different figures of speech express a common concept: it will never happen.

English: Cost an arm and a leg.
French: Coûter les yeux de la tête (literally. To cost the eyes of the head).

English speakers view arms and legs as valuable. The French see the eyes as most precious. A Bulgarian version uses mother and father, giving an idea about what they hold in highest value.

Each figure of speech gives you a glimpse into cultural values. That’s not to say English or French speakers value parents less than Bulgarians, that a Londoner wouldn’t mind going blind, or that Parisians would prefer double amputations. It just means that different cultures have various ways to express the idea of value.

6. It Is Not Going to Change

English: It is what it is.
Italian: Alla come viene, viene (literally: to how it comes, it comes).
Portuguese: Pão pão queijo queijo (literally: bread bread cheese cheese).

English and Italian speakers view the concept in terms of an empty subject: (it) could be anything. But Portuguese speakers think more concretely, in terms of food. What might that suggest about their cultures? And what should we make of the more modern version: “same (stuff), different day”?

7. Give an Opinion Even When Not Asked For

The German expression carries the idea of inserting something to move a boat. The French language views the concept in terms of adding a tiny bit of flavor; The English figure of speech uses a small amount of money. So, we have various ways to express the value of adding opinions to a discussion.

Japanese language shows something can be done even before having breakfast. Spanish shows it as bread; English, something sweet to be eaten. Each culture relates something easy to a different aspect of their lives, yet connects it to the simple act of eating.

9. Do Not Form Conclusions Based on Appearances

Books and covers, faces and hearts, dresses and priests illustrate contrasts between appearance and substance. Each of these figures of speech shows what is or was important in their cultures: books for English (intellect), hearts for Portuguese (emotion), and religion for Italian. When you study intercultural communication, such distinctive peculiarities surface.

10. The Grass Is Always Greener on the Other Side

Expressing being miffed, the cultures of Spain, Japan, and native English speakers use quite different words. The Japanese view it as a physical condition that upsets the stomach. The Spanish compare it to spicy hot vegetables; something eaten that turns one red. And English speakers relate it to urinating; perhaps expressing the mood more than the relationship. But if a Brit is merely pissed, he may just be drunk, not angry at all.

There are rich and poor in every culture. And these figures of speech express the same concepts from different perspectives. The Chinese language presents very poor as simply ‘nothing’; Portuguese as more literal: a person lacking land or house. Another version has it as being without a threshing floor. English language portrays the very poor as having nothing more than dirt for a dwelling place. So, this cross-cultural commonality is viewed from three different perspectives.

13. Accomplish Two Things with One Action

English and Japanese speakers express themselves knocking out two birds; Germans, flies. The Portuguese prefer rabbits. But the same concept of efficient action emerges in all.

English, Spanish, French, Japanese, and Italian languages all have expressions which mean speaking with frankness. But the distinctions are intriguing. Spanish and Italian have hairy tongues, while French refers to naming something as it is. The English version says it directly, as it is. Though word choices differ, the meanings are very similar. They see similar things with different sets of eyes.

While this list of figurative speech is just the tip of the iceberg, it provides a smorgasbord of the similarities and differences in how various cultures express common concepts. This is something that is evolving all the time (click the link below for more on the evolution of English).

Covering the broad spectrum of human thought and experience, figurative language expresses concepts such as being poor, speaking frankly, getting angry, doing something easy, buying something expensive, getting accurate answers, contemplating impossibilities, and much more.

Though figures of speech in various languages are not like peas in a pod, the ways in which similar concepts find illustrative expression in various tongues are fascinating to study. They points to the commonalities and variety of the human experience around the world and among different cultures.

These examples merely pique our curiosity. And that’s where the challenge and gratification as translators comes in. Our work lets us learn about diverse languages, cultures, histories, psychology, sociology and much more.  And the more we learn, the better we get at our job. Practice makes perfect!

How about you? What floats your boat? Put your oar in the water, and give us your two cents. You can pay your pennies the comments section below!

Read more: Is the English Language Declining or Simply Evolving?