Pig Latin—What Is It and How Do You Speak It? 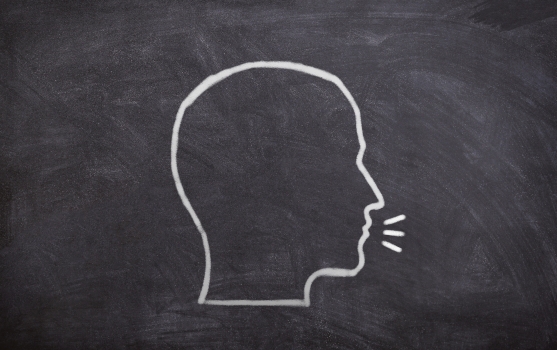 Ey-hay ere-thay! What? Which language is that? It’s called Pig Latin. It’s a made-up language that’s been around for a long time.

These days you don’t hear Pig Latin spoken often, but children still have fun with it and many adults remember using it as kids. As a language-focused business, we thought it would be nice to share a little about it in this post. Ave-hay un-fay!

Pig Latin isn’t a natural language, but a “code language”. It can also be described as a fun language or a pseudo language.

While the name is peculiar, Pig Latin is a way of communicating “secretly” and humorously. Secretly, because you can express yourself in a seemingly foreign language with a partner who knows the trick. Humorously, because it sounds unny-fay when you hear it.

It was popular with children in the mid-twentieth century, and even teens. College students and adults used it to disguise their comments from others. You could hear it spoken in schools, between friends, and even in movies.

Though it’s not as popular as it once was, it can still be a fun way to communicate with friends or family when you don’t want others to know your secret messages.

But here’s a word to the ise-way. It’s not that hard to figure out the secret ode-cay! So be careful what you ay-say!

Pig Latin isn’t a popular language like English, Spanish, Portuguese, or Chinese. It can be classified as a pseudo language at best. But several cultures use it, or variations of it.

Germans call it Kedelkloppersprook; in Swedish, it’s Fikonspråket, alfabeto farfallino in Italian, loucherbem in French, Jeringonza in Spanish. Though it’s not an official language, you could say it’s kind of a world language.

The History of Pig Latin

No one knows when Pig Latin was first used, but traces can be found as far back as Shakespearean England of the late 1500s. Back then, it was called hog Latin. It surfaced again in the mid- to late-1800s in English periodicals. And in 1919, what we know as Pig Latin burst into popular culture in a song by Arthur Fields.

Later, the Three Stooges made it famous in the 1930s by using “ix-nay” and “am-scray” in their short comedy films. If you are a fan, you’ve heard those words. And even if you’ve never heard of the Three Stooges, you may have heard these Pig Latin words in popular usage.

The word “am-scray” is the Pig Latin translation of “scram”—a way to tell someone to go away fast. And the word “ix-nay” means “nix,” a way of suggesting that something be rejected (as in, ix-nay the red shoes, they clash with your pink dress). These examples show how Pig Latin has worked its way into popular English usage.

If speaking Pig Latin sounds interesting, all you need are a few moments to learn the basics. In a few minutes’ time, you should be able to string together some sentences and amaze your friends.

How Do You Speak Pig Latin?

There are two basic rules for speaking Pig Latin, the first for words that begin with consonants and the second for words that start with vowels. Once you master those two rules down, a few more details will follow.

1. When single-syllable words begin with consonants, move the consonant sounds to the end and add “ay.”

Words with single syllables are the easiest to figure out. Here’re a few examples:

What about words that begin with consonants and have multiple syllables?

When you want to speak using multi-syllabled words, add “ay” after each syllable with a consonant. For example:

Some simple variants of Pig Latin do not break up the words by syllables. They place the first sound at the end of the word, add ay  and leave it at that (e.g. grammar becomes ammar-gray instead of am-gray ar-may). That’s pretty easy to figure out even by people who don’t know Pig Latin, so your secret language may be more easily decode. But ay-hay: it’s your choice which Pig Latin version you want to use.

2. When words begin with vowels, keep the vowel in place and add “yay.”

This is where it starts getting a little more complicated. When it comes to words beginning with vowels, leave them as they are and just add “yay” at the end. Check out a few examples:

What about words that begin with consonants that sound like vowels?

Even if words begin with consonants that sound like vowels, we treat them as consonants:

How about words that begin with vowels and have multiple syllables?

In these cases, treat the syllables as individual sounds. If a syllable begins with a vowel sound, add “yay”; if a consonant sound, just follow the rules for consonant sounds.

There are various dialects of English Pig Latin. Some variants ad “way,” or “hay, instead of “yay” before vowels. For example, ant becomes “ant-way,” or “ant-hay” rather than “ant-yay,”

Some Pig Latin speakers prefer to add “y” before a word starting with a vowel (e.g. egg becomes yeg-ay).

It’s essential for you to ascertain the dialect of your fellow Pig Latin interlocuter before engaging in discourse. If not, you may end up misunderstanding each other and your secret ission-may ay-may emain-ray unaccomplished. (Bonus points: translate accomplished into Pig Latin in your preferred dialect) But don’t worry: the people around will remain just as confused as ou-yay.

Ideas for Learning How to Speak Pig Latin

What do you think? Ready to become a Pig Latin speaker? Like everything new, it takes time and practice to do it well. The following tips will help you take it one step at a time.

One way to practice is by making a list of some everyday items or places around the house (e.g. room, chair, door, window, kitchen, bathroom, etc.). After writing them down, do the translation. You’ll find that it gets easier with practice.

The next step after writing the words down is to think of some common phrases you and your friends can use. For example: What is his name? Where is she from? Who is that? Write them down and translate them. Then keep practicing until you can speak them fluently.

3. Practice speaking with a friend

Once you’ve gained some fluency with words and common phrases, it’s time to take it to the next level—practicing a conversation with a friend. You can try simple conversations at first. Then increase the difficulty with extended discourse and finally, full-blown conversations.

The key point is to do it with another person. You need a partner when using Pig Latin; otherwise, you may appear quite odd babbling to yourself. And, of course, it’s more fun when you can share a conversation – and secrets! -- with someone who understands you.

Pig Latin is a fun way to talk. You never know, it might get you out of a ight-tay ot-spay one ay-day when you need to ay-say something to another person that no one else eeds-nay to ear-hay.

Give It a Try!

Now that you know what Pig Latin is and how to speak it, all you need is a little practice with your friends to master it. You can enjoy private conversations even when people are around. They may think you’re a little odd, but they won’t know have an ue-clay what you’re saying.

To help get you started, here are a few examples from everyday life:

Share your favorite Pig Latin expressions and experiences in the comments.