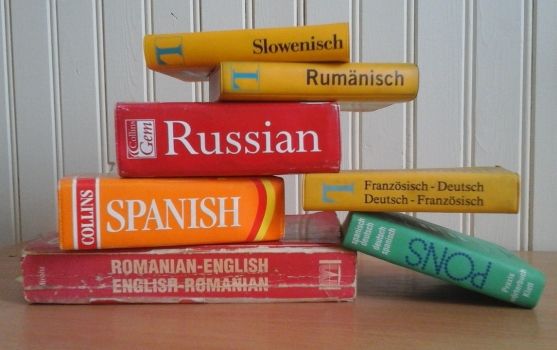 Fan translation, written and translated mostly by fans, has been making its way into the translation industry as a grassroots movement.

When you write fanfiction, sometimes you’re writing in the language of your source text. Sometimes, you’re translating. The same goes for translating manga and games.

And yet, is this truly a legitimate field of translation? Is it a business? An art form? Or for recreation purposes only?

What is Fan Translation?

Fan translation, by definition, is an unofficial translation by anyone, be it for games, for fiction, for manga, or for any other media or multimedia.

This includes purposes like wanting to be noticed by the original maker, being excited about a game but a translation doesn’t exist in their country yet, or belonging to the fandom communities by translating their favorite fiction books.

Fan translation (or as it’s sometimes called, fanlation) started in the late 1990s on the internet when fans translated video games through game console emulators.

These fans were merely driven by the fact that these Japanese video games like The Legend of Heroes were already winning awards and yet rarely being translated, for example, into English.

Fan translation has grown outside of video games, though it’s still very much apparent there, and into the fanfiction world of books and manga.

True to its name, these translations are done by avid fans who want to emulate the source text or game, and they do it for the love of it.

Examples include fan translations of the hit Harry Potter by J.K. Rowling, which was released in fandoms way before the official release of the commercial translations.

The Types of Fan Translation

Fan translation is made with love and labor, by ordinary people who are fans of the original source. Here are some different types of fan translations:

A trendy term to refer to fan translation, scanlation takes its name from “scan” and “translation.” The scanlation process includes scanning, then translating, and then editing the dialogue and other textual information from comics or mangas. Scanlation is an unofficial translation, usually with copyright permission from the manga author, done by fans.

Fandubs are similar to fansubs but in reference to dubbing. Fandubbing is, obviously, fanmade. As with many types of fan translations, fandubbing can be made by fans in their native language, or the original language and then the fandubs can be then translated into other fandubs in other languages by other fans.

Fanfiction translation for short stories or fiction is not as popular as with the advent of Google Translation. However, for anyone who’s ever tried reading fanfiction using machine translation, translation of fanfiction necessitates not only accurate translation but also accurate depictions of the characters, setting, and plot. The best fan translations in fandoms do this, but may be limited by linguistic limitations, copyright laws, and more.

Why Fan Translation Is Instrumental To Culture

There are many sources out there that will tell you that fan translation shouldn’t be done or isn’t a profitable trade, but what are the benefits of fan translation?

Or, to put it in other words, why is fan translation instrumental to our culture today?

There are various reasons as to why fan translation remains important in our culture today:

Fan translation helps keep these industries alive by popularizing works in many of these fields.

Think of the various fandoms of The Legend of Zelda, which is a very old video game but is still alive today due to fans.

It builds popular knowledge and culture

Almost everyone knows Harry Potter, not just due to the popularity of the books, but also because fan translations have contributed to translating Harry Potter into 88 languages, including rare languages like the Maori translation.

This popularity becomes part of popular culture, and knowledge of these characters builds culture even more, as something that we can all relate to, no matter what language we speak.

According to Ethnologue, a language research group, there are 3,018 languages in danger of dying out.

But think about it, could one of the reasons we can prevent some of these languages from dying out is by using them?

And fans translating into these different languages certainly has the potential to spread these diverse languages into popular culture.

It’s a core reason for our cultural diversity

Due to the myriad of languages used by fans coupled with the number of original sources that they translate from, fan translations are a huge part of our cultural diversity as a global community.

If these fans were dissuaded and didn’t translate, both popular culture and the use of languages would suffer.

So, as you can see, fan translations are a huge part of why we’re advanced as a culture.

With the cultural diversity that human beings have, when these particular individuals start to translate their favorite work out of the passion that they have for the work, it both enhances culture and as a whole, embraces linguistic diversity.

Just name a fandom and there usually are usually translations made by fans in that fandom.

Fan translations are ubiquitous in the fandom world, but it’s rare for a fan translation to reach the same or the similar success of the original source.