LANGUAGES AND LITERATURES, NATIONALISM AND IDENTITIES 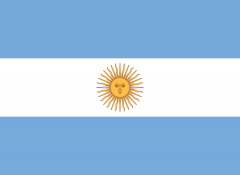 The world is divided into five continents populated: Europe, America, Africa, Asia, Oceania. And we think that this fact is true. In order for these affirmations to gain weight, the transformation processes that took place are numerous. Nevertheless, please continue reading this short story:

The man stopped living in his caverns more than five thousand years ago and since then he has been fighting for the longed for Peace. However, to achieve it, it has crossed seas and oceans and has been exposed to numerous dangers. The pirates and the corsairs were always on the lookout. Stereotyped characters, archetypes and empires formed the current imaginary.

Countries defined people as monarchical or republican, as a rule without asking them in advance.

The cities built their forts, to defend themselves against the invasions, so that little by little they changed the course of history or kept it. They even coveted other lands and then they abandoned theirs. Others were happy in recessed areas, away from the problems caused by pollution.

When some men considered that we were not all equal and we would not enjoy the same privileges, the wars began and the criminals took advantage of the citizens ... Now that the centenary of the end of the First World War is over, it is a good time for dialogue and for understand that defending a stance at all costs is an inherent right to Nationality, but striving to defend Nationalisms is not always optimal and is the source of conflicts, in that Identity is a feeling that flows from the individual's way of being and corresponds to the abstract concept of Homeland.

In our 5th International Congress, we will celebrate the 4th, 5th and 6th of July 2018 at the Catholic University of Cuyo (San Luis, Republic of Argentina, C / Felipe Velázquez, Nº 471, CP: 5700), we want to discover the adventure that this new company of Literature, Language and Translation offers us in America: Spanish, German, French, English, Portuguese, Italian, Arabic, Chinese and other bridge languages. We advance that a Gala Dinner is scheduled for July 6 at the same host university.

To this congress organized by the INTERNATIONAL LITERATURE Association, promoted by the Research Group HUM-978 of the University of Seville and by the Vice-Rector of the Catholic University of Cuyo, we will set sail from many remote places to participate in a meeting-point in Buenos Aires. Aires (July 1 and 2, 2018, Plaza de los Españoles, at 10:00 AM). We will walk through its elegant streets through the district of Puerto Madero, dance Tango in the neighborhood of La Boca and taste the best local flavors.

Obtain your registration form at the following link and send it, please, to the email aliletrad@gmail.com before April 30, 2018 (extended). The discount for speakers and assistants ends on February 28, 2018:  Form-registration_ES2018

The deadline for sending articles for publication in monographic volume ends on August 20, 2018. Access all the information on the new sections here:  Proposal sections_liLETRAd 2018

The hotels with agreements for this V International Congress in the city of San Luis and close to the University of Cuyo (San Luis Headquarters) are the following:

Once again join academics, university professors and writers in the exciting encounter of LETRAs, Cultures and - last not least - Life itself!

The Scientific Committee consists of:  Co-Ci

We greatly appreciate the participation in this congress of the Organization Committee, formed by the following professors: