German to US English Video Translation

German to US English Video Translation 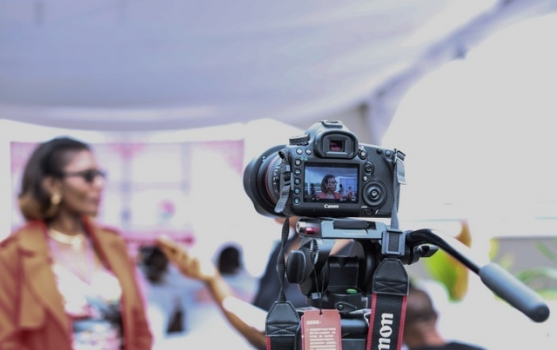 Most recently, a Tomedes client asked us to translate her video from German to US English. Her company manufactures products that already sell well domestically and there had been some discussion of marketing their goods overseas. As she happened to have a relevant contact in the US, she wanted to test that market first.

The video was a company and product overview that had proven useful in establishing business relationships within Germany. Now, it was time for it to make its US debut – with the help of our talented German translation team.

German is one of the world’s major languages. It is the most widely spoken native language in the European Union and has nearly 100 million native speakers worldwide. As well as being the official language of Germany, it is an official or co-official language in Austria, Switzerland and Liechtenstein. It also has official status in Italy’s South Tyrol region, in Luxembourg, in the German-speaking part of Belgium and in Poland’s Opole Voivodeship.

German is also spoken by just over a million people in the USA, where it is taught in many high schools and where some 50 million residents claim Germany ancestry. California, New York, Florida and Texas are all home to large German-speaking populations.

In the case of this client, while her contact spoke some German, his colleagues did not. As such, she needed her company video translated into US English. Our leading German translator sprang into action to undertake the work, putting his German language skills to excellent use by providing the client with a perfect video translation.

Over the past several years, we’ve seen demand for video translation increase massively. Quite simply, we’re consuming more video globally than ever before. In the US, a staggering 85% of internet users watch video content online, according to a 2018 survey. That means hundreds of millions of people consuming video content in the US alone.

This trend is echoed around the world, with faster internet services and lower cost mobile phones meaning that video consumption looks set to continue to rise. That’s why we’ve added so many talented video translators to our global translation network over the past few years!

One of our most popular translation services, video translation is also one of the most time-intensive. That’s because the translator needs to transcribe the content first. It’s the same for audio translation, about which you can discover more via the link below. The translator also has to time-stamp the transcription, to ensure that the audio element of the process can be time-synced with the visual element when the voice-over is recorded in the target language.

In this instance, the client had a contact ready to get to work on recording the US English voice over, so we lost no time in working on her video translation. The final document was precisely what she had asked for – a mirrored German/English transcript that meant she could see at a glance which English words corresponded to the original German.

The quality of the translation services that we provide is of the utmost importance to the Tomedes team. In fact, we’re so confident of the level of quality that we deliver that each and every translation comes with a one-year guarantee.

We have a range of measures in place to ensure that our quality standards are maintained, from working with highly experienced, tried and tested translators to a robust internal quality assurance system. The end result is a global base of happy clients – our customer satisfaction rating exceeds 95% around the world.

Our commitment to quality isn’t just language related. We also want to ensure that each client enjoys attentive, personalised service. That’s why we offer dedicated account managers for every client, all backed up by a 24/7 customer support service that’s available by phone, email and live chat.

Would you like to experience translation the Tomedes way? If so, all you need to do is send us the file you would like us to translate. We’ll come straight back to you with a quote and discuss the timescale that best meets your needs. Let us help your translation projects run smoothly!