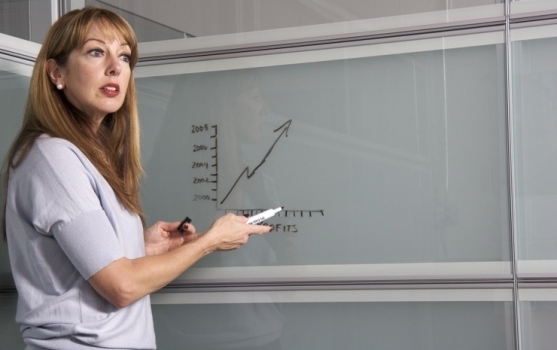 Over the years, Tomedes has built up an extensive network of English to Korean and Korean to English translators. We’ve worked on everything from financial documents to videos. You can read an example of our work by clicking on the link below.

Most recently, a client asked for support with the translation and localization of a marketing presentation for her business. She had heard good things about our Korean translation prowess, and wanted to give Tomedes a try. We made sure she was glad that she did!

The Korean language is, in the view of many linguists, a language isolate. That means it is not related to any other language, at least not in any demonstrable way. In the interests of full disclosure, we should note that some consider Korean to be part of the (widely rejected) Altaic family (or the Dravido-Korean languages), but that’s a lengthy discussion for another day!

Korean is also world’s largest language by number of words, with over 1.1 million words in total. It is spoken in North Korea and South Korea, as well as by some 2 million people in neighbouring China. There are also around 0.5 million speakers in Japan and Russia and more than that in the US, where Korean is one of the country’s top ten most spoken languages. Including other Korean-speaking communities around the world, over 72 million people speak Korean.

The dialects spoken in South Korea and North Korea differ in many ways. Their pronunciation is different and so are an increasing number of words, as South Korea sees more of an English influence in its language development, while North Korea’s language is influenced more by Russian words. The Korean language also has two counting systems – one for numbers up to 99 and the other for numbers up to 99 and beyond.

With our client due to make her presentation to a firm in South Korea, we had a clear steer on which dialect she needed, so got to work at once.

In addition to our Korean language expertise, Tomedes has also spent years building up a bank of subject experts that we can call upon for all manner of different translations. The more detailed knowledge a translator has of the subject that they are translating, the better the translation that they can produce.

In this instance, we needed a professional marketing translator who was familiar with the everyday business language used in South Korea. With such an extensive network in place, we were quickly able to find the perfect person.

We got to work on the client’s marketing translation with all due speed. She had a meeting booked with a potential client in Korea and wanted everything to be perfect. While the meeting was going to be conducted in English, she wanted the digital copy of the presentation to be in Korean, so that those she was meeting with could see it in their native language. A thoughtful touch to help ensure the meeting would go smoothly!

The Need for Localization Services

In addition to translation, the client had also asked us to localize her presentation. Localization is a service that ensures the item in question is suited to its intended audience. That could mean anything from including accents on a laptop keyboard to changing date formats on a website, and a whole host of things in between.

In this case, it meant analyzing the language the client had used in the presentation to ensure that there was nothing unsuitable (there wasn’t, as she had written it with her Korean audience very much in mind). We did change a couple of measurements from miles to kilometres though. We also reviewed the images that she had used and made a few suggestions for replacements. Where the presentation showed a group of businesspeople, for example, we suggested using Korean businesspeople rather than English ones.

Changes undertaken as part of the localization process are often subtle, but all help to ensure that the readers, or in this case the viewers, are able to better connect with the material in question. This meant that our client would have a better chance of engaging her audience when delivering her presentation.

If you would like to find out more about how Tomedes’ translation services can help your business to grow or cement its international footprint, simply call, email or chat with our team via the live chat service on the Tomedes website. We’re here to help, 24/7. In addition to translation and localization services, we provide interpretation, multilingual content writing and desktop publishing services. We can even outsource your customer support services, with a bespoke solution that enables you to support your clients in multiple languages. Get in touch today  to find out more!