How to Learn Spanish Effectively

Will you be celebrating Columbus’ arrival in the New World on 12 October? If you live in Spain, the US or Latin America, it’s time to down tools and enjoy a day of celebration!

Saturday 12 October is Fiesta Nacional de España – Spain’s national day. The national holiday has been celebrated across Spain since 1935, when a festival was held in Madrid to celebrate the anniversary of Christopher Columbus landing in the New World.

In honour of this year’s Fiesta Nacional de España, we have rounded up some top tips from our team of professional Spanish translators on how to learn Spanish effectively. But before we delve into our English to Spanish translation tips, do you have time for a quick history lesson?

Spain’s national day has gone through quite the evolution over the past 85 or so years. It was originally known as Día de la Hispanidad and had a strong emphasis on Spain’s connection to the Hispanidad (the international Hispanic community). It was in this capacity that the day was declared a national holiday in 1981.

Will you be celebrating Columbus Day in the US or Día de la Raza in Latin America? If so, the day shares the same origins as the present-day Fiesta Nacional de España.

It was in 1987 that the name ‘Fiesta Nacional de España’ was established and that October 12 was settled on as the date to celebrate (after a number of changes over the preceding years). The date – and the name – were political compromises between those seeking to celebrate Spain’s history and colonialism and those who preferred to emphasise the country’s position as a forward-looking, burgeoning democracy.

The main celebration of Fiesta Nacional de España takes place in Madrid, where a military parade takes placed, overseen by the king and the prime minister. Regional capitals also often hold their own events, while many families and friends enjoy a day of feasting and good company – in large part thanks to the fact that 12 October is also the date of the feast of Our Lady of the Pillar.

How to Learn Spanish Fast

Are you currently thinking about learning Spanish? Have you already started doing so? Whether you’re planning to learn Spanish as a first foreign language or to add it to a host of languages that you already speak, we thought that Spain’s national day was the ideal time to provide some top tips to aid your language learning efforts.

Want to see a magic trick? We turned this article into an engaging video for you!

Do you want to learn just a smattering of Spanish in order to speak confidently while on holiday? Or do you dream of one day becoming a Spanish translator? In either case, you’re likely to learn faster if you find the experience enjoyable.

Mixing up your learning tools is a great way to ensure that you learn fast and enjoy doing so. There are plenty of resources online to help you here, from songs that will help embed grammar rules in your brain to flashcard software that will rapidly build up your vocabulary.

How to Learn Spanish for Free

If you’re wondering how to learn Spanish for free, look no further than your nearest app store! There are a whole host of apps available to aid you in your language learning. You have to pay to download some, but others are entirely free, so why not start with those ones and see how quickly you progress?

If you’re one of Spotify’s 100 million worldwide users, remember that you can use it for more than listening to music – you can also learn Spanish through Spotify. There are plenty of courses available, covering both European Spanish and Latin American Spanish.

Learn with a Partner

Choosing a buddy to learn Spanish with can make a big difference to the pace at which you learn. Teaming up with someone can encourage you to learn faster and help to keep you motivated. You’ll have someone to test your vocab and explore tricky grammar rules with and to help you with any words or phrases that you find particularly difficult to remember.

Learning Spanish with a partner is also the ideal way to practice your accent. Remember that language learning isn’t just about the written language, but also about speaking aloud with confidence. A buddy can help you to do achieve this.

Surround Yourself with Spanish

This was the top tip that all of our translators agreed upon when it comes to how to learn Spanish fast. Surround yourself with the language as much as you possibly can. Spanish translator Iris Milheiro explains:

“What helped me immensely to further develop it was immersing myself in the culture – music, movies, TV series, etc. Spanish is a very musical language, so it is very useful to get familiar with its tempo and articulation.”

Translator Roy Chacon recommends going one step further, if you can, and moving to a country where the only language spoken is Spanish:

“The most effective way to learn Spanish, and almost any other language, is to live in a place where it’s spoken as the only language. Even a few months will be a great head start and replace years of study.”

This kind of immersion results in a very different sort of language learning that textbooks alone can provide. When you’re surrounded by those who speak the language natively, you pick up on everything from intonation to slang to gestures, all of which will contribute to you becoming a better Spanish speaker.

If you don’t have the opportunity to move to a Spanish-speaking country or to take an extended break there, you can still surround yourself with the language through movies, podcasts, internet radio stations and more. Even watching series such as Narcos on Netflix will help you to get a feel for the right cadence.

Get in Touch with Your Inner Child

Never underestimate the value of resources designed for children when it comes to how to learn Spanish. Whether it’s a picture-heavy first thousand words book or the latest episode of Dora the Explorer, children’s language learning resources are designed to be fun and easy to remember.

And while we’re at it, why not find a few Spanish nursery rhymes to learn too? Simple phrases and catchy tunes will keep your learning fun and help you to increase your vocab in no time.

Learning an entire language can seem like a daunting task, but it’s easy to break the learning experience down into topics. Whether you start with food, colours, animals, directions or any other topic, learning words in clusters can help you to remember words and phrases more easily than simply choosing random words with no associations with each other.

How to Learn Spanish in Your Sleep

There’s a growing body of evidence showing that learning something just before you fall asleep means it is easier to recall that information the next day. Research is also delving into the brain’s potential to learn while actually sleeping.

Do you keep a book on your bedside table? If so, replace it with a Spanish one! And why not put a Spanish podcast on just as you drop off to sleep? You never know how much of it will sink in.

How long does it take to learn Spanish?

It’s impossible to provide a definitive answer to this question, as how long it takes to learn Spanish will depend on everything from how much time you put into studying to whether or not you have an aptitude for languages. Whether or not you’re able to surround yourself with Spanish speakers is also key to how fast you can learn Spanish.

The internet is awash with claims that you can learn languages in as little as 10 days (usually with ‘secret’ systems that require you to hand over money in order to share the secret). However, if you realistically want to learn Spanish to a respectable level of proficiency, you’ll need to put in at least a year of study and likely many more.

In our humble opinion, doing so is time well spent. Spanish is a beautiful language and one that can open up many opportunities around the world to those who speak it. It is the second of the world’s most spoken languages in terms of native speakers and is spoken as the primary language in 20 countries.

Will you take your first steps today towards joining the world’s 500 million Spanish speakers?

We hope that these tips will be of use to you. If you have tips of your own to share, why not add them by leaving a comment? 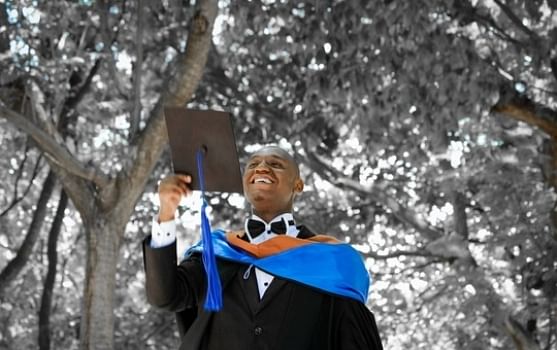 How to Get Out of Student Loan Debt with Freelancing
Has Greta Thunberg Just Won the Nobel Peace Prize with Her Rhetoric?