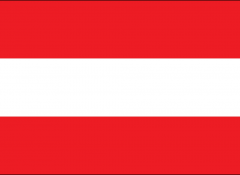 With Translator Studies (Chesterman 2009) emerging as a new and vibrant field within Translation Studies, the attention has moved from product to producer and the translator has been brought into sharp focus. The death of the author, with the assumed birth of the translator, and the cultural, cognitive, creative, and sociological turns within the discipline have acted as strong catalysts for this new interest in the translator. So far, researchers have been particularly interested in the translator’s habitus, in translatorial cognition, in the translator’s cultural and historical rootedness, but few attempts have yet been made to integrate the different perspectives.

It is the aim of this conference to set an interdisciplinary stage to discuss theoretical and methodological challenges that come with studying the literary translator, bringing together diverse approaches and multiple perspectives, such as cognitive science, sociology, psychology, creativity studies, identity studies, gender and queer studies, etc. Contributions are welcomed that focus on the literary translator, who, traditionally, tends to remain in the wings, shedding new light on psychological, emotional, physical, social, and cultural facets of the translator’s persona and identity.