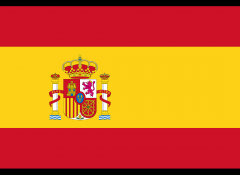 The creation of supranational bodies (European Union, African Union, Caribbean Community, Organization of Ibero-American States), the public debate on (con)federalist and plurinational States (Belgium, Spain, United Kingdom, Bolivia, Canada, India), or the cyclical discussion about national identities (Catalonia, France, Gibraltar, Australia, Malaysia) stress the fallacies in autopoietic orders and cast doubts on the possibility of legal systems as isolated canons aware only of themselves.
Daily, political, legal, and social institutions face the new realities of a postmonolingual order, where the need for policies to manage multilingualism (including oral, written, and signed languages) in cross-cultural legal contacts becomes critical to overcome the dysfunctions of the old industrial order. Decoupling moral, political, and legal authority from any particular identity – embodied in specific languages, cultures, religions, races, genders, or sexual orientations – eases the interdisciplinary project of sharing a global social space. As post-materialist values secure their roots, overcoming a monolingual paradigm allows us to acknowledge the differences and the transactional nature of both languages and political and legal covenants.

Against this background, providing linguistic access to justice becomes a public service to safeguard fundamental rights and guarantee effective judicial protection, cornerstones of the new postmonolingual order: protecting the access to public services, to which every person is entitled, and providing political recognition of the very ethno-linguistic communities the State is supposed to serve. These communities, variously minorized, may be formed by speakers of vernacular languages, but also by members of migrant ethnocultural groups whose access to public services depends on the recognition of their own heritage languages. Ethno-linguistic democracy, which enshrines linguistic access to justice, should ensure protection against the social and legal ostracism of minorized languages in a broad sense – vernacular and migrant – and against any form of glottophobia targeting stateless languages, which the law, so fond of atavisms, may have developed.

The 11th International Conference on Translation and Interpreting: Justice and minorized languages under a postmonolingual order aims to describe the role translation, interpretation and, more generally, language planning play or should play in the creation of a postmonolingual order that favors the development of diverse identities and the normalization of minorized languages as codes for managing and accessing justice.