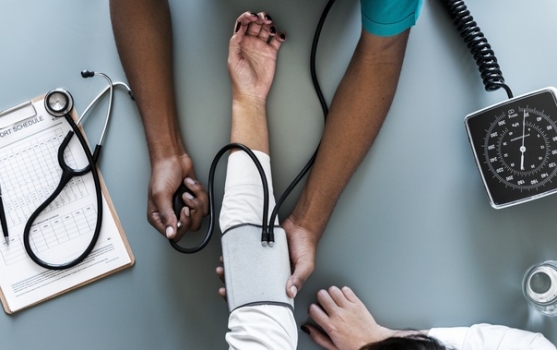 Travelling overseas can be a wonderful, eye-opening adventure. Unfortunately, people on their holidays are just as susceptible to illness as those who stay at home. In some cases, they are actually more likely to become unwell, particularly if they travel to countries where infectious diseases are prevalent or where a change of diet could result in a touch of tummy trouble!

The UK’s Foreign Office, meanwhile, reports that 10 Britons are hospitalised abroad every day. A recent Tomedes client was one of them. He became unwell while travelling in Portugal over the summer months and ended up in hospital at the very time that he should have been returning to university in the UK.

As such, the student needed a letter from the Portuguese health service to let his university know that he would not be able to return on time for the start of term. And, of course, he then needed the help of our translation services in order that his university could understand the content of that letter.

Accurate Portuguese Translation for All

Tomedes has been providing Portuguese to English translation for over a decade, serving business translation customers and meeting personal translation needs for customers around the world. Our specialist language professionals cover both European Portuguese and Brazilian Portuguese. The two languages have grown apart in the years since Pedro Álvares Cabral first arrived in Brazil in 1500. Today, they remain mutually intelligible, though there are some significant pronunciation and other differences.

London has a large Portuguese population. The largest such community centres around the Stockwell area, which is home to around 27,000 Portuguese British people, including those with ancestors in Portugal as well as those of Brazilian and Madeiran descent.

Many of the Portuguese families who settled in London in the 1960s and 1970s were drawn to the British capital by opportunities in the catering industry and the city is now home to a range of superb Portuguese restaurants serving up traditional dishes. It’s also home to some outstanding Portuguese translators!

In order to meet this client’s needs, we needed a Portuguese translator with experience of translating medical documents. Providing medical translation is a skilled art and one that should only be attempted by those with up-to-date medical knowledge in both the original and the target language. This is why Tomedes takes such care in pairing our translation professionals with our clients’ requirements.

Medical terminology is a huge topic. Merriam-Webster’s Medial Dictionary contains hundreds, if not thousands, of specialist words and phrases, all of which a medical translator may be faced with. If you don’t know your sacrum from your sacrococcygeus dorsalis, it’s time to find a medical translator who does!

In the case of this particular client, our translator was a highly experience language professional who had been translating medical documents for a number of years. As such, she was perfectly equipped to translate the client’s medical letter from Portuguese to English.

One of the reasons that the client opted to use Tomedes in the first place was our emphasis on quality. He wanted to ensure that he had a word-perfect translation of his hospital letter to send to his university.

We have a robust internal quality assurance process and are confident of the high quality of our service. So much so, in fact, that we provide a one-year guarantee with every translation that we provide, whether it’s a single-page letter or a lengthy set of company accounts. This was precisely what the client needed for his peace of mind.

Translations That Meet a Wide Range of Needs

The world of professional translation is a richly varied one. No two translation jobs are the same, meaning that every day is a new adventure for those of us working in the languages sector. It also means that translation agencies such as Tomedes need to have a sizeable network of language professionals available in order to cater to a huge range of needs – which is precisely what we have built up over the past ten years.

Whether you have a marketing presentation, a video, an audio file, legal documents or anything else, we have the expertise you need. We’ll assign a dedicated account manage to serve as your point of contact and take care of your needs, along with a translator whose linguistic ability and sector-based experienced perfectly matches the job at hand. Simply call, email or live chat with us to find out more!