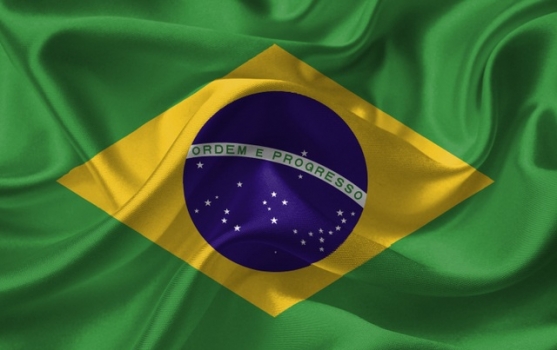 A recent Tomedes client based in the United States was planning to expand his business into Brazil. As such, he was sending his top sales representative to Brazil to meet with potential partners. The only problem was – she didn’t speak Portuguese!

Thankfully, the top potential partner organisation was run by a someone who spoke English well enough that the first presentation could go ahead in that language. However, as a courtesy, our client wanted to present the hard copy of his marketing presentation in Portuguese. As such, he turned to Tomedes for help.

Brazil is the most spoken language in South America, despite being spoken in just one country there. That’s because Brazil is home to a staggering 207 million native Portuguese speakers. While Spanish is spoken as the main language in nine South American countries, their total population count is just shy of that of Brazil.

Brazilian Portuguese differs from European Portuguese in much the same way that American English differs from that spoken in the England. The two versions of the language are broadly similar, but the pronunciation is different.

In Portugal, natives speak with a ‘shush’ sound when a word contains an ‘s’ while in Brazil, vowels are elongated in ways that they aren’t in Portugal. In Brazil, the use of ‘i’ or ‘e’ after a ‘t’ or a ‘d’ can alter the sound of the consonant to ‘g’ or ‘chi,’ which doesn’t happen in Portugal.

There are also a number of words that are different in each country. A train in Portugal is a ‘comboio’ while in Brazil it is a ‘trem.’ There are plenty of other grammatical differences, such as how ‘tu’ and ‘você’ (‘you’) are used, which makes the linguistic variations particularly interesting for those learning Portuguese.

Marketing translation work is often about more than simply translating words and phrases from one language into another. Instead, marketing translation services focus on ensuring that the documents in question will resonate in the same way with audiences in both countries.

This means applying local knowledge of marketing language and tactics, as well as localizing the content itself. In the case of this client, there were a number of graphics and images included in the presentation.

The images, in particular, caught our translator’s attention. They were stock images using models from the US, so the translator suggested swapping them out for similar pictures using Brazilian models – a suggestion which the client welcomed and acted on promptly.

Our translator also suggested a few edits to the copy of the presentation in order to ensure that it was fully suited to a Brazilian audience. As with many marketing translation jobs, he found a use not just for his ability to translate English to Portuguese, but also for his localization skills.

The translator also identified an issue with some of the graphics that the client had used in his presentation – they weren’t in a format that could be edited. The client was unable to find the original files, but all was not lost – Tomedes’ desktop publishing team was on hand to help.

Our desktop publishing services are available both to clients who are working with translators and to clients looking for standalone publishing services. In this instance, they were able to recreate the client’s graphics and apply Portuguese text to them, meaning that they could be used in the final version of the marketing presentation.

Not only that, but the team also provided the client with a version of the graphics with English language applied, so that he no longer had to worry about having lost the original versions. Needless to say, the client was delighted.

We concluded the job well within the client’s timeframe, meaning that he had time to prep his sales manager before her trip to Brazil. For future trips, he is considering using a Portuguese interpreter, so we may well be working with the same client again in future, as Tomedes provides professional interpretation services as well as translation services.

Language Services for Every Need

Do you need a translator or an interpreter? How about content that’s produce in multiple languages? Whatever you need, Tomedes is here to help. We’ve designed our language service provision to meet a wide range of business needs, including providing expertise in marketing translation, legal translation, video translation and much more.

You can use our website to obtain an instant quote for your translation job. You can also talk with our team to discuss your language-related needs in detail. We’ll assign you a project manager as well as the language professional that you need. We look forward to working with you!