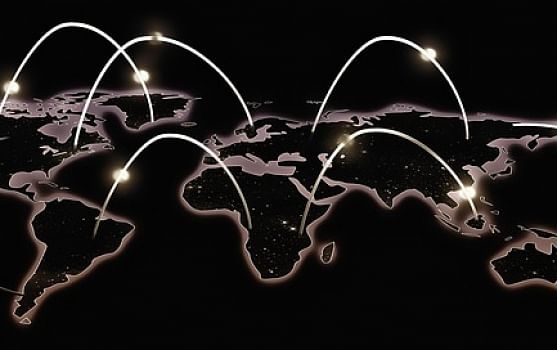 >This year has brought unprecedented growth to the translation services industry.

>Rewind to 2017, when the industry was worth $43 billion, and translation was one of the most in-demand services. AI-driven language processing exploded. So did the volume of content to be translated, as more companies realized the sales power of global content marketing.

>Yet the global market for outsourced language services will hit $46 billion this year, and $56 billion by 2021. What’s driving the demand for translation and localization services? What opportunities might they create for global organizations?

>Ask anyone in the field, and they’ll tell you it’s never easy to predict what’s coming next. What we can do is look at how current trends might change the way we think about translation services in the next few years.

>So let’s dive in, looking at the impact on globalization from internal, external, and technological points of view.

>Once upon a time, language service providers (LSPs) had a simple job: Render one language into another. Now, they’re part of a bigger story: digital transformation.

>Bringing information online, adopting technology to manage it, and optimizing it to improve customers’ digital experiences is a big mission in itself without considering where other languages fit in. But digitization presents exciting opportunities for global companies that look to LSPs with content-centric (rather than translation-centric) expertise, beyond simple website localization.

>Take global marketing, for example. As we explore new ways to serve an increasingly interconnected world, we’ll need to translate and localize:

>Of course, all these new formats and platforms create new challenges to budget for. Games, for example, need to capture local cultures to be successful. Word-to-word translation might be cheaper, but localization would help convey emotion, intent, and one day, even body language

>What happens if we widen the lens to different industries and regions?

>Right now, the US remains the world’s largest single market for translation services and takes the lion’s share of industry growth. Europe and Asia-Pacific come a close second, as the next most technologically advanced. In terms of industries, translation and localization services are needed most in legal and healthcare.

>But a Market Research Future report shows increasing adoption of these services within government and security, used to interpret a recent spike in crime and terrorism. Again, the US contributes the most to this adoption – but Asia-Pacific, with its increased government initiatives and focus on international trade, is expected to catch up.

>And what about companies expanding beyond those three continents?

>Consider the linguistically diverse Middle East and North Africa region. MENA represents around 381 million people, who speak an estimated 60 and 200 languages respectively. The region also represents some of the fastest rates of internet and mobile adoption. As more of the population goes online, they create more demand for rare languages.

>Difficult though it may be to source translation and localization services for rare languages, you’ll need them as you globalize. That creates the opportunity for LSPs to expand their offerings as well.

>On one side, people laud machine translation (MT) as essential for growth and scalability. On the other, they say it’s replacing humans. Let’s settle the debate once and for all.

>“People naively believe that if you take deep learning and scale it 100 times more layers, and add 1,000 times more data, a neural net will be able to do anything a human being can do,” a Google researcher told Wired. “But that’s just not true.”

>The actual state of MT technology is still up for debate. Neural machine translation (NMT), the hot topic of 2017, still hasn’t reached human accuracy. But if last year taught us anything, it’s that MT plays a big role.

>You only have to look at three of the “Big Five” to get a sense of where things are going:

>For most companies interested in MT, as far as we’ve seen at Tomedes, the number one goal is to replace manual steps with automated ones.

>But there will always be content that can’t be translated by machines. We’ll always need human gatekeepers for post-editing and in specialized fields. As such, the translation workforce continues to grow, and so far, MT has augmented more than it’s replaced. It won’t get results on its own.

>The overall future of the translation industry looks bright. The explosion of content – not to mention the rise in companies and regions going digital to create and consume it – will naturally push more businesses to invest in translation.

>As far as rethinking translation? The most innovative companies will see it less as an ad hoc cost and more as an opportunity to differentiate. Many organizations still settle for the cheapest language services available. But for those that focus on providing quality experiences to local and non-native customers alike, there’s still space to stand out.

>This is only one of the many developments we’re excited about. What are you looking forward to?