Video game localization is a skill that is necessary to implement into overall game development, in order to keep up with market competition. Because international markets vary so much, localization experts work around the clock with us to deliver quality localization services.

A Video Translation Company you can Trust

The Art of Video Game Localization

The art of video game localization is one that increasingly demands high standards, due to both consumer demand and continuously heightened competition. From year to year the gaming industry seeks to capture better, more vivid graphics; imagery that is more and more life-like; the biggest thrills of first-person perspective chases, fights and quests, and most recently, the rush to integrate 3D into the world of assassins, car crashes, flashing light sabers, and lightning bolts of wizard power.

Inarguably, a considerable proportion of the gaming experience is directly connected to a gamer's cultural connection with it. Military WWII assassin games played by American gamers would never be accepted or enjoyed by German or Austrian gamers. Even less historically influential game settings like Star Wars: The Old Republic is appreciated very differently by U.S. gamers in their 30's, than by younger generations - much less younger generations in Iceland or Czechoslovakia or Nepal, who may have limited familiarity with the Star Wars phenomenon, or through video games only.

Video game localization is imperative for any and every video game to resonate with international gamers from a wide array of cultures. The majority of video game translation and localization of dialogue and narrative requires transcreation services, a specialized language service wherein cultural nuances, slang terms, and creative content are translated unlike typical document translations, but instead with equivalent creative value from one culture and to the next.

A good example, according to video game localization expert and author Heather Chandler, is a relatively new release of a Japanese game called Katamari Damacy. Though originally created in Japanese, the English translation and localization was skillfully implemented, which depicts a whimsical, silly king who flits about using absurd humor and funny idioms to set off his character - this kind of localized humor allows English speaking gamers to have the same experience with the character as Japanese gamers.

In a more traditional translation, a translator would translate the overall intended meaning within the context, rather than use creative liberties to depict a culturally equivalent character. The Japanese game Okami is another popular game with unique Japanese art development, which plays a huge role in both player appeal and game-play. Okami - which means "wolf" - uses a different game localization approach to the typical Sim-ship or Post-gold game localization methods. However, the subtitling translation and localization happens to work well for this particular game, and is a perfect illustration of how video game localizations are tailored to each video game.

Because of a more loose, yet brilliant artistic design of the graphics and characters in Okami (shown below) and a gaming trademark that assumes the role of "artist" to the player, for which he uses the controller to "draw" various patterns, circles, etc using brush strokes that appear on the screen. Rather than use typical localized voice-overs for character dialogue, each cutesy character speaks with an indistinct cartoon-ish warble, while subtitles are used to depict what is being said. Obviously this approach certainly could not be used for many, or even most games. However, it was a very creative localization method, kept localization costs significantly down, and which works very well for the free-form, nuanced artistic approach of Okami and its sequal, Okamiden. This is a good example of our approach to localization as well - each game is localized with a tailored approach that is unique to its content, art design, format, and all elements.

Video game localization is broken down into four basic segments or components:

The second option would be for a localization company to deliver both voice-over localization and acting. While this may sound like the preferable choice, this often results in very poor voice acting. Acting and translation are two different industries, and, aside from extremely large localization companies which charge much more to localize a video game, it may not be very common to find localization experts with top-notch acting skills. International gamers have reported on many occasions the preference of non-native or English versions of video games, simply because of the poor voice acting on the localized version in their native tongues, which takes away from the game experience. This is something to keep in mind when developing localized games, as well as the rising competitive nature of the industry - you don't want to market poor voice-overs when your competitor has games localized for the same markets that have high quality audio translations.

It's understandable for those new to game localization concepts, that seeing a term like "asset integration" would instantly cause a mental blank, or a series of long yawns - or both. It's easy to be deceived by such terms, which sound very hi-tech and very UN-user-friendly. But really all it refers to is the accompanying media within the game that corresponds to the dialogue, pacing, events, etc. To put it somewhat simply, asset integration ensures that when the game is directing the player to call his horse from the grassy green Fields of Hyperion, the screen is not showing a graveyard full of flesh-eating zombies. Sequencing and other contextual elements are localized and integrated properly during this stage of game localization.

Linguistic testing must be performed by language service and localization experts who have experience with video game content, testing, and user interface. Localization and linguistic testing specialists must understand basic video game elements, player interaction possibilities, and even have both insight and foresight to anticipate various player options, actions, etc - in relation to video game navigation and flow. If the voice-overs feel awkward, on-screen text is convoluted or unclear, or contextual media is off- than it will be equally so for gamers. Linguistic testing is a crucial aspect of localization, and should never be overlooked or brushed off for the sake of quicker market release. 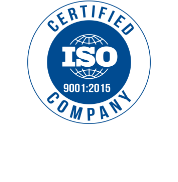